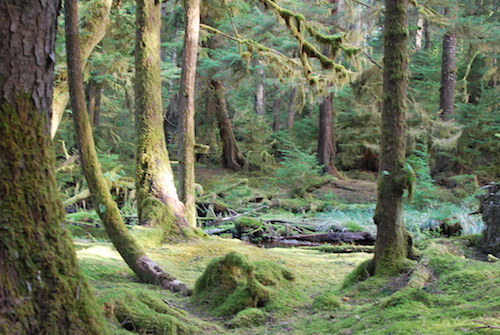 And most importantly, they’re free of the nattering crowds found at more popular stomps.

I’m talking about those rare, hard-to-find hiking trails that provide the perfect blend of solitude and serenity. The kind of treks where you can actually be alone in the wilderness — without giving up killer views and fun hiking terrain.

So we asked 10 experienced bloggers and authors with ample backcountry experience to tell us about their favourite “lesser-known” backpacking trail. If you’re the impatient type, you can skip straight to the trails by clicking the links below:

‘Cos the backcountry is getting crowded.

That’s not just me delivering a cranky old-man rant either: the data backs me up. There’s been a whopping 21% increase in visitors to U.S. national parks in the past decade, according to the U.S. National Parks service. That’s roughly 55 million more visitors to national parks per year today compared to 2007.

Yeah, that’s a shit-ton of people. And it’s part of a trend that’s been going on for decades. Check it: 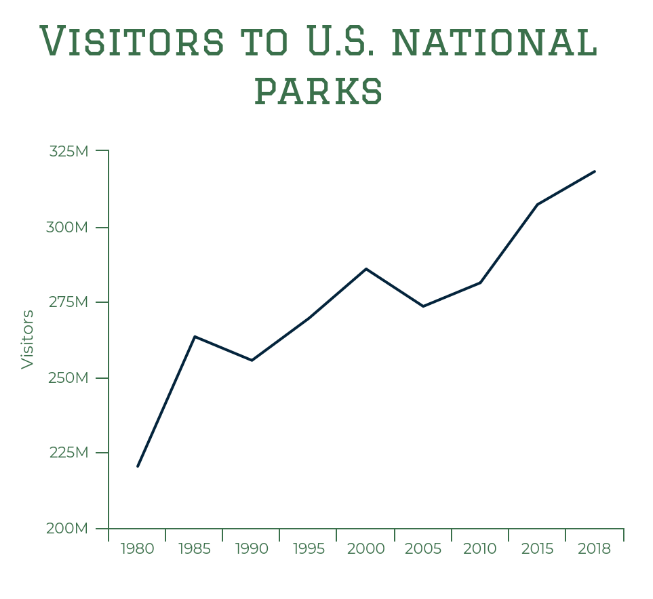 But it’s not just national parks that have been seeing spikes in foot traffic. Backpacking and hiking overall has been increasing steadily over past the few years.

And that means some of the most well-known hiking spots are being swamped. For example, The Grand Canyon sees a staggering 872 backpackers per-square-mile. 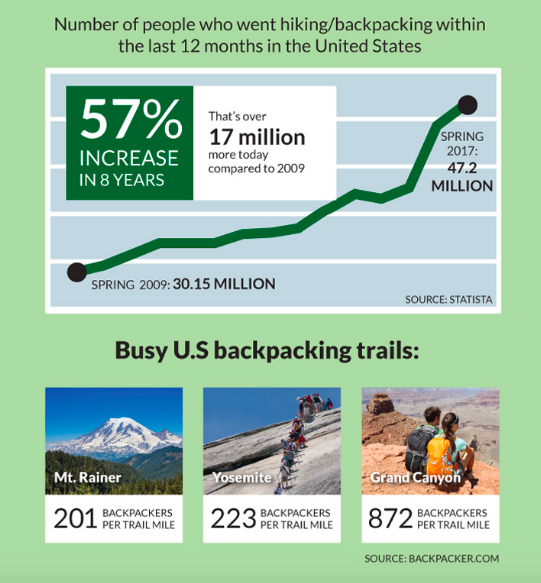 Now, I’m not saying that this rise in the number of hikers and backpackers is necessarily a bad thing. Of course it’s awesome that more people are exploring the outdoors.

But I am saying that it is bad when all these people go hiking at the same time and in the same place.

Crowds are more than just a nuisance

More boots = more wear and tear on the trails. In fact, the U.S. National Park Service maintenance backlog is estimated at $11.6 billion.

Impact on the environment

Increased foot traffic puts stress on plants, wildlife and the eco-system in general — partly because people don’t stay on the freakin’ trail.

So to combat these sort of problems, consider hiking one of these...

We reached out to some veteran backpackers (who also happen to be talented writers) to get hear about their favourite “hidden” hikes. And we were thrilled to learn about some beautifully desolate treks. 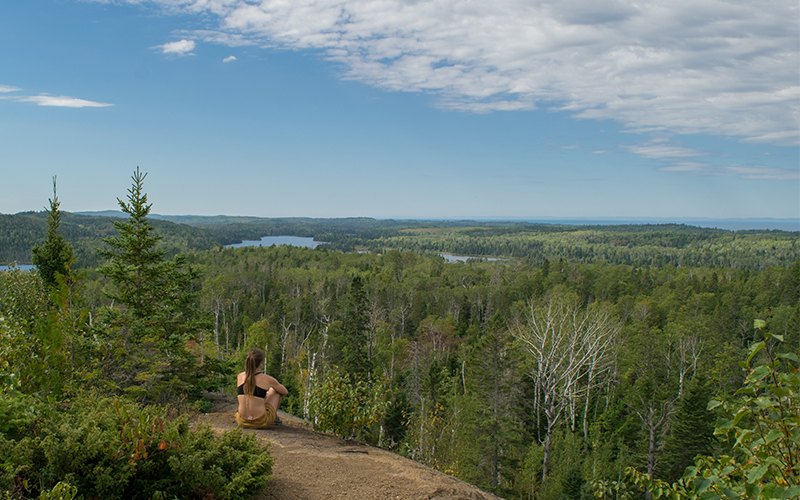 “Backpacking the Greenstone Ridge Trail on Isle Royale National Park is one of the least known, best adventures you’ll ever have. A restricted hiking season (mid April through October), access via floatplane or boat only, the ever changing moods of fickle Lake Superior, the chance to hear wolf packs howling, and less than 30,000 recreational visitors per year – put this isolated, seldom visited trail on your hiking bucket list!”

Diane Spicer, creator of the blog Hiking For Her
>> Read more about the Greenstone Trail 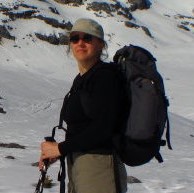 “The East Beach Trail, in Naikoon Provincial Park on Haida Gwaii, is one of my favourite backpacking trips. This remote coastal route covers 89 km on Graham Island in Haida Nation territory. Two shipwrecks bookend the hike. One morning, I awoke to the most beautiful sunrise I’ve ever seen. But the solitude — we only encountered other humans on three of the six days — was best of all.”

Stephen Hui, author of 105 Hikes In and Around Southwestern British Columbia 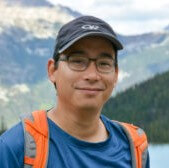 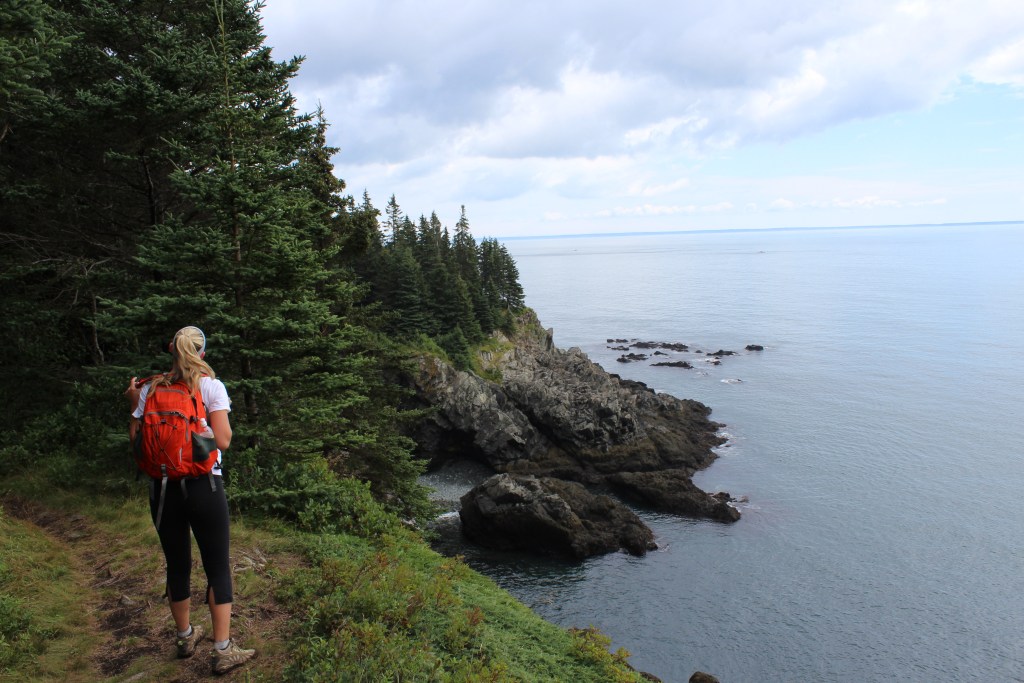 “The Cutler Coast Trail is just as beautiful as any of the hiking trails in Acadia, but given its remote location along the Canadian border, it’s relatively unknown. The trail hugs the dramatic oceanside cliffs and crosses multiple rocky beaches along the way. There are a few official campsites along the trail, but if those are full, there are plenty of places to pitch your tent overlooking the ocean.”

Laura and Chris, the Trails Unblazed
>> Read more about The Cutler Coast Trail 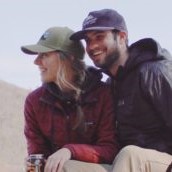 “The Tuscarora Trail was originally designed to be an alternative route to the AT (and still is). It leaves the AT in Shenandoah National Park, traverses a wide valley, then climbs up onto the Massanutten Range, which it follows north to its reunion with the AT near Duncannon, PA. The trail is getting some signage and trail marking upgrades thanks to a partnership between the Potomac Appalachian Trail Club and REI. I did a section hike on the Tuscarora in May and only saw one other hiker while I was out. It’s beautiful.” 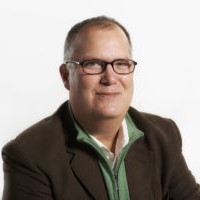 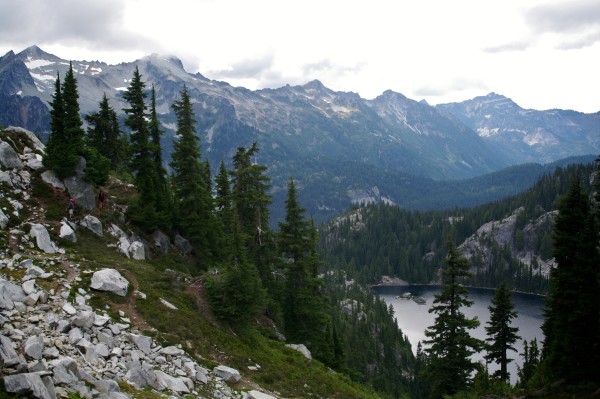 “The way starts out from the popular Deception Pass trailhead and is nice and flat for about 3 miles as you walk through meadows with views of the iconic Cathedral Rock. Soon you will reach the expansive and tranquil Hyas Lake.” 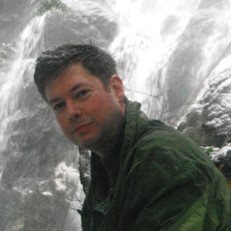 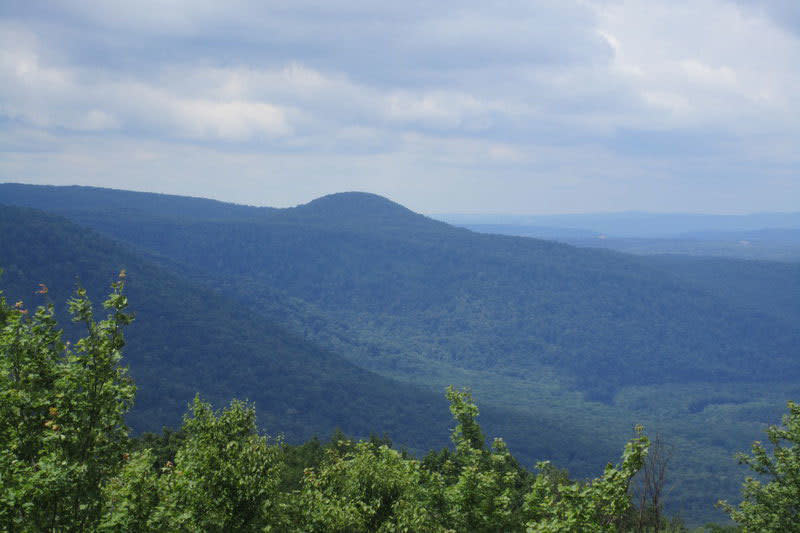 “One of the greatest things about this trail is the diversity of terrain you experience in the short 70 mile trek.”

Scott Gauvin, owner of the Hiking Forward blog and executive director for Gear Forward – a non-profit that gets unused outdoor gear into the hands of kids that need it. 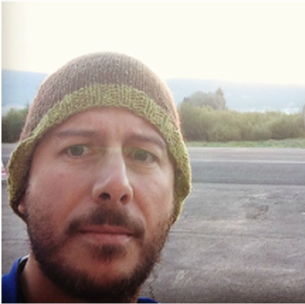 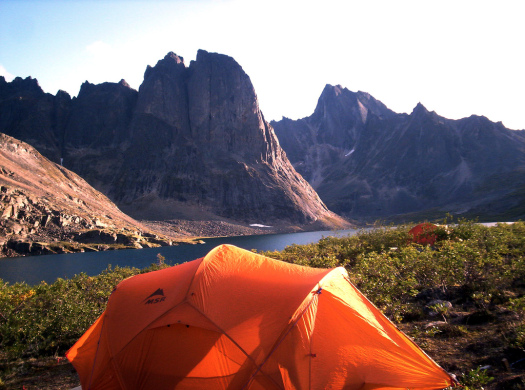 “The first lesser known but fantastic hike that came to mind is to the Tombstone range in Yukon, Canada. It became a Territorial Park only recently and is still not widely appreciated except by those who live in the Yukon.” 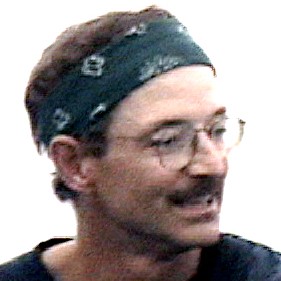 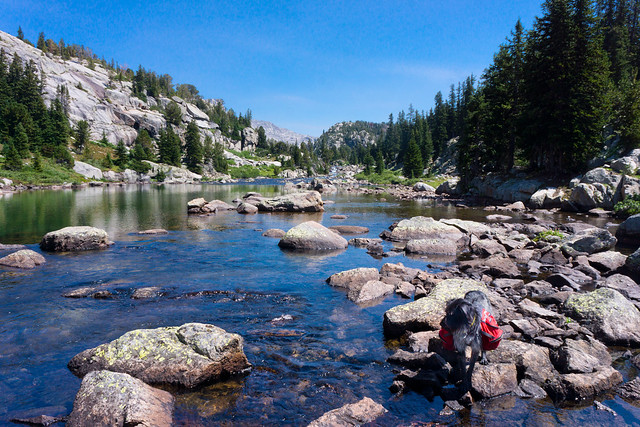 “It's one of the quietest entrances to the Wind River Range and it has great access to a myriad of alternate trails, routes, off-trail backpacking, and peak bagging to be found. Plus, there are fishing opportunities for those willing to put in the effort!” 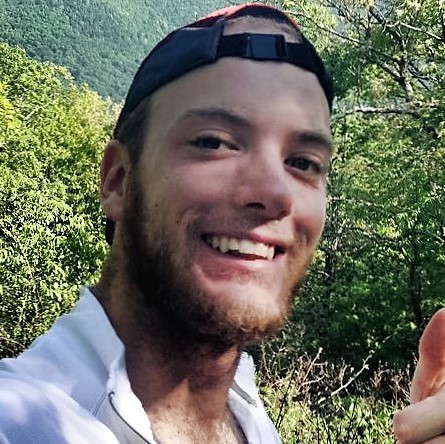 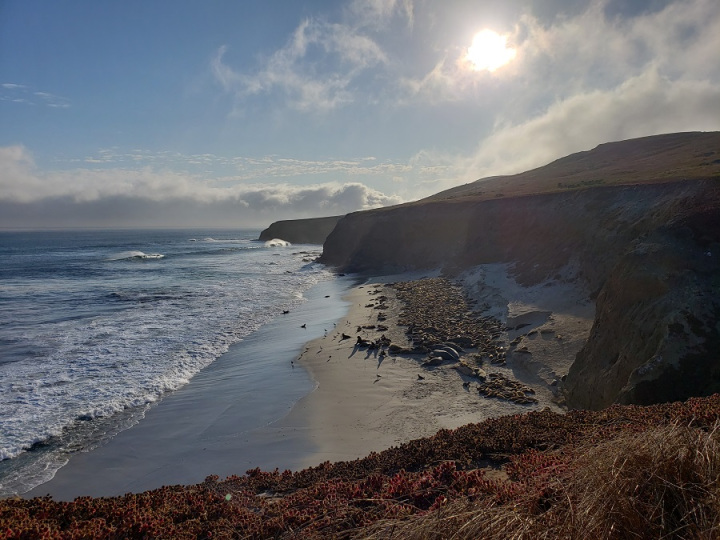 "San Miguel Island's remote location makes it feel as far away from L.A.'s urban sprawl as could be imagined. The wind-swept, fog-shrouded island is a perfect spot to lose yourself for a few days.”

“Whether you are observing sea lions on the beach from cliffs hundreds of feet above, crawling through sea caves, reading about local history at the ranger station or exploring the fossilized remains of ancient trees, you will find adventure on San Miguel Island." 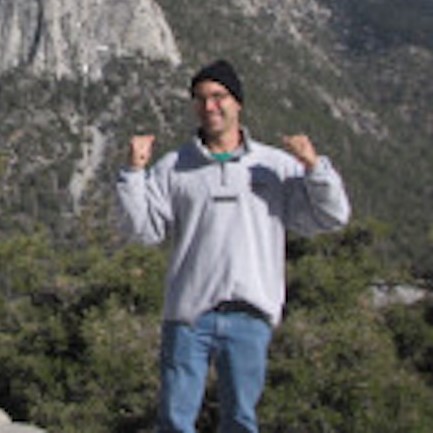 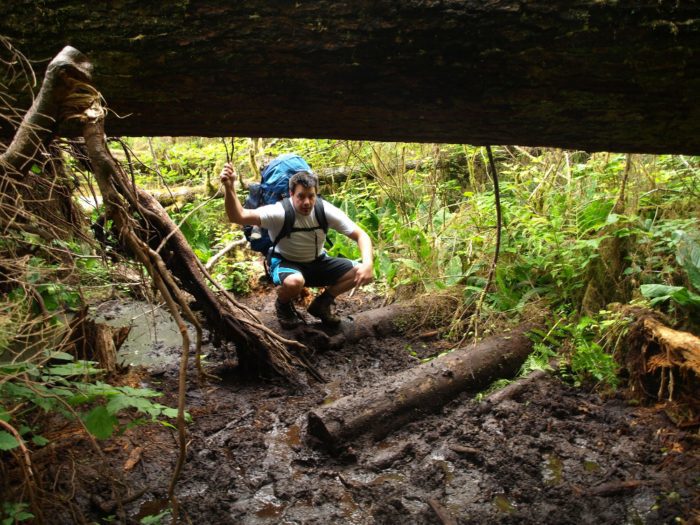 The Cape Beale/Keeha Beach trails are choked with mud and fallen logs.

“On paper, this trail looks easy. A mere 16 kilometres (10 miles) in two whole days? Piece of cake, right? Not really.

“The Cape Beale Trail is one of the muddiest, overgrown hiking routes on Vancouver Island. And that’s really part of its charm. Slogging through boot-sucking mud, climbing over fallen cedars and constantly asking ‘where the fu*k did the trail go?’ are a few of the challenges that await on this seldom-trekked trail. But your efforts are well-rewarded with immaculate beaches and a visit to an authentic West Coast lighthouse.” 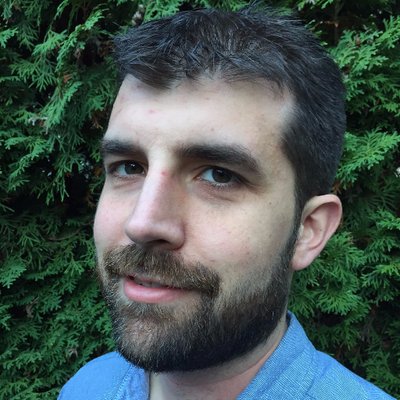 Tell us about it in the comments below. And be sure to check out other hidden hikes on our map of off-the-beaten-path backpacking trails.

Dustin Walker is a journalist, travel copywriter and editor/owner of Slick and Twisted Trails. Follow him on Twitter @dustinjaywalker

Just so you know…

This site is an Amazon Associate. That means when you click on a link and it takes you to the Amazon.com site, I’ll make a commission if you buy something. This revenue keeps the site running.